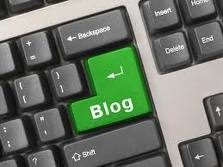 The sponsor re-assignment option is now active in your NPN backoffice!

This means you can choose your latest referrals (joined within 48 hrs), and assign them to a different sponsor in your downline. This is excellent news for those of you that are building in a ‘team build’ or have a reason for being able to give your referrals to someone in your downline. It is similar to how the RDS works, except that you are doing the placement yourself manually.

In your backoffice, click on “My Current Stats” to go to your affiliate stats page. Then click the link above your stats that says “Re-assign Sponsorship”. From there you can go through the process of re-assigning your referral to a new sponsor. Please read the FAQ and watch the video there to familiarize yourself with the process before you begin. The changes you make cannot be reversed, so make sure you are sure of what you’re doing…

Question: What is “best practice” when moving someone like this?
Answer: It is recommended that you only move your referrals under one of your other personal referrals. That way if the new sponsor quits, your original referral will compress back to you. If you move your referral under someone that is not sponsored by you, you may risk losing them from your downline in the future. The choice is yours.

Here is the video tutorial on Youtube (the backoffice version is better):

Please re-visit our message board, I have made some changes to the forum. We now have a “General Marketing Discussion” forum and I have merged a couple of the other forums into “Community Support”. Lots of people (outside of NPN) see this board so feel free to start, or join in on, any discussion.. And please welcome any new members that have taken the time to introduce themselves! ..I look forward to seeing you there.

Login to your NPN backoffice and click on “NPN Discussion Forum” to get to the message board area.

Have a great day!

For those of you that are new, or are unsure of the ways you can get paid in NPN, I made a comp plan overview video that I hope will clear up some of the questions. This video is also located on the “Training Modules” page in your NPN backoffice.

Have a great day.
– Geoff

I made this youtube video over 2 years ago, but it still brings up a valid discussion. Are you “being real” in your advertising or are you just passing on the same old b.s. story about making money…?

Do you need to put false advertising out there about yourself as being already successful.. so you can become successful in the future? .. Or can you just promote yourself as you are now with confidence in order to earn people’s trust?

Regardless, it’s something to think about when considering how others perceive you.

Please watch and comment/share, let me know what you think:

First of all, I hope everyone had a great holiday season. I appreciate all the kind wishes that many of you sent my way.

Now down to business.. Some of you may not be aware of this, but 2010 will mark the 5th anniversary of The NPN. Doesn’t seem like a long time but it’s probably worth around 20 “internet years”. There has been a LOT of changes in internet marketing since we launched. Just as an example… The NPN was launched 2 months after Youtube’s inception back in early 2005… and think of what youtube’s done since then in creating an online presence for us.

The year of 2009 will be noted as the year that our Ladder System really started to change people’s lives for the better… at least for the people that saw the benefits and really went for it. The Ladder System took NPN from being just a “ten dollar program” to being an unlimited (and still unmatched) income opportunity that continues to attract everyone from emarketing newbies to long-time experienced marketers.

So what does 2010 hold for us? This year will be a year of growth and expansion for NPN as a company. Expansion into other areas of online services and products to continue the ongoing process of becoming every eMarketers “home” program. Everything will gradually become more

simplified, yet we’ll become the “all under one roof” resource for all things emarketing (moreso than we are today). From Autoresponders to Web Hosting, from Branding to Live Training. Plus a very special incentive program that will help those in the rest of the world that are less fortunate than us.

I don’t care how many ‘programs’ you join this year, they will come and go just like always, but WE will always be here. There are still people that re-join NPN and tell me “I originally joined NPN back in 2006 and now I’m kicking myself because I didn’t stay!”.

Here’s my advice to you. Since this is the beginning of the year, you will probably be bombarded with the usual ads claiming that their program will be the “new” magic silver bullet that will make everyone rich. Remember that the word “new” frequently also means “high risk”, and also remember that most new programs will be gone after a few months. Not all of them, but most of them. Go ahead and join them if you like, but remember that NPN provides you with the tools that you need to succeed in THOSE businesses as well. Don’t be one of the people that I’ll talk to next year wishing that they’d stuck around in NPN instead of hopping to the next salespitch.

Stick around, you’ll be glad you did. Just ask the people that have been here for years 🙂

I have lots of things planned for NPN in the coming months that will knock your socks off. Count on it. The year 2010 is gonna be fun!

Comments below are welcome..

I made a really quick video test to prove how easy it is to get a decently ranked video on Youtube for the keyword or keyphrase you are aiming for. I did some keyword research through Google, found keyphrases that were related to my main keyphrase, wrote a very brief article for the video description, wrote a keyworded video title, added tags, uploaded the video and in less than 42 minutes I was in the top 10 for my keyword. Bada-bing bada-boom.

To be honest the whole process took around a half hour – from keyword research to uploading the video.

If you know how to do it and where to look. Google does a pretty good job of telling you exactly what they’re looking for with regards to the keyword you’re targeting. No expensive keyword tools, no special knowledge, just a few quick searches and some notable observations. I know this is Youtube, but the same principles are in effect.